What are the known auses of infertility

in Causes for infertility
Reading Time: 18 mins read
0
A A
0

Infertility is not caused by only one particular factor. There are several causes and conditions that cause infertility in both men and women. The known causes of infertility include:

Studies show that diet drinks, such as Diet Coke or juices that contain artificial sweeteners, may reduce the chances of falling pregnant.

Studies show that smoking impairs fertility in both women and men.

Alcohol can impair fertility when consumed in large quantities. When trying to get pregnant, it’s best to reduce alcohol consumption as much as possible.

Caffeine adversely affects fertility and even increases the risk of miscarriage.

This impediment does not allow the sperm cells to move through the mucus properly.

Cervical mucus testing is performed by doing a microscopic diagnosis of the mucus after intercourse close to ovulation time. The test gives an indication of the quality of the cervical mucus and diagnoses the presence of sperm cells in the cervical mucus. Today, this testing is almost never performed, and there is controversy regarding the effectiveness of the testing.

Studies show that low levels of vitamin D can adversely affect fertility. Vitamin D has receptors in the various organs of the body that are relevant to a woman’s fertility, the uterus, and the ovaries. It has been shown that a deficiency of receptors for vitamin D creates difficulties for egg maturation and general infertility.

Vitamin D also plays a role in the production of hormones. Vitamin D deficiency can contribute to infertility by interfering with the estrogen system as well as lowering the AMH hormone associated with the growth of ovarian follicles. In addition, a low level of vitamin D contributes to the formation of endometriosis and polycystic ovary syndrome.

According to a recent study published in the Journal of Clinical Endocrinology & Metabolism, vitamin D helps IVF treatments by improving the quality of the eggs, the health of the embryos, and the likelihood of embryo implantation into the uterus. The researchers explain the link between the vitamin D level and the success rates of IVF treatments in that vitamin D has a beneficial effect on the endometrium, which affects the chances of implantation of the embryos into the endometrium.

Another study shows that the rate of live births is greater among women who have a sufficient amount of vitamin D in their bodies compared to women with a deficiency or insufficiency of vitamin D.

This occurs when ovulation or the process of egg maturation ceases in women under the age of 40. They no longer produce eggs and their production of the estrogen hormone decreases.

Insufficient or excessive physical exercise could reduce the amount of adipose tissue significantly and raise the level of stress hormones, which impairs the production of sex hormones.

Such infections can be prevented by flossing regularly, brushing your teeth properly, and visiting the dental hygienist regularly. If you already have an infection, your dentist will be able to resolve the problem.

These kinds of problems are congenital or are caused by disease or by abdominal surgery (caesarean section, D&C, etc.) or pelvic surgery, which could cause an infection in the area. 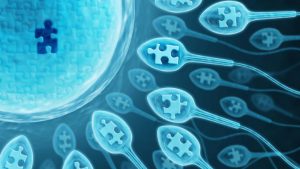 An inflammatory disease of the pelvis that has developed for whatever reason can cause the opening to the fallopian tube adjacent to the pelvis to become blocked. The inflammation can be caused by an infection as a result of sexual intercourse or from an intrauterine device.

If menstruation is irregular or absent, it usually indicates the lack of ovulation.

First, an assessment should be made for conditions that can interfere with ovulation, such as thyroid or adrenal conditions, or pituitary gland disorders.

Only after other medical problems have been ruled out, a fertility specialist should be consulted and they can recommend fertility drugs to stimulate ovulation. 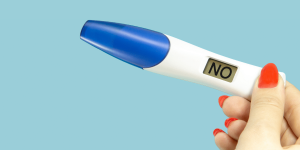 One of the main causes of infertility in women and men is a disruption in the proper functioning of the thyroid gland.

Studies show that measurements of thyroid hormone levels (TSH and PRL) should be taken early on in fertility testing and not have the patient immediately undergo expensive and invasive tests. Simply treating hypothyroidism for 3 months to a year can be very beneficial for these women to conceive.

Celiac disease is a chronic intestinal disease caused by sensitivity to gluten present in wheat and other grains (barley, rye, oats). It is actually a disorder of the immune system in which gluten activates the immune system to go to war against the body, causing inflammation that damages the intestinal lining.

Studies show that undiagnosed celiac disease is a risk factor for infertility.

Avoiding eating gluten allows the intestinal lining to heal and rebuilds the body’s ability to absorb the nutrients that are critical for fertility. Following a gluten-free diet can be the beginning of the process of balancing folate and amino acids.

The most obvious cause of repeated miscarriages