Endometriosis as the Cause of Infertility and Miscarriages

in IVF, Causes for infertility, Miscarriages and stillbirths
Reading Time: 23 mins read
0
A A
0

Endometriosis as the Cause of Infertility and Miscarriages

“Endometriosis” is the mucous that lines the inside of the uterus and it becomes thicker and peels off once a month during menstruation.

The term “endometriosis” is used to describe the condition in which cells that are similar to those found in the endometrium appear somewhere else in the body, like in the ovaries or in the fallopian tubes. This is how blockage of the fallopian tube as well as infections occur. Every month, these cells react in the same way as those in the uterus; they build up and then break down and bleed. However, in contrast to the cells in the uterus that exit the body during menstruation, this blood has nowhere to escape to.

This is a chronic, restricting condition that can lead to painful, heavy monthly menstrual cycles. It can also lead to infertility, fatigue, and intestinal and bladder problems.

Endometriosis can affect all women and girls at childbearing age, with no connection to their race or ethnicity. This influence can be felt throughout their lives.

On occasion, after a hysterectomy and/or a caesarian section, the endometrium cells adhere to the surgical incision and the scar from ectopic surgery and cause the disease to develop.

Sometimes, disruption of the functioning of the person’s innate immune system prevents the body from detecting and destroying endometrial cells that develop outside the uterus, and this could lead to development of the disease.

The reason why endometriosis causes infertility is because, in order for impregnation to occur, the egg must be released from the ovary, move through the fallopian tubes, be fertilized by a sperm cell, and then adhere to the uterine wall to allow the embryo to start developing. In the case of endometriosis, blockage in the fallopian tubes may occur and could prevent the sperm from fertilizing the egg. Also, on occasion, endometriosis damages the egg cells and prevents them from maturing, and this can also cause damage to the sperm cells that penetrate the woman’s body and prevent conception from taking place.

The most common symptoms of endometriosis include severe menstrual pain before and during the menstruation, pain during intercourse, fatigue, heavy bleeding, occasional pain in the pelvis area, and infertility. 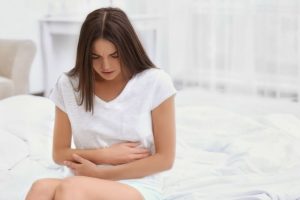 How to diagnose the disease?

The first test is a special ultrasound for endometriosis to detect any cysts that may be related to endometriosis.

If an additional test is required, an MRI of the female reproductive organs should be done in order to find the location and determine the size of the endometrial cells outside the uterus.

Medication, whether analgesics or hormonal treatments, can relieve the symptoms, but not get rid of the condition itself.

A cure for this condition can be achieved only by exploratory surgery and removing the endometrial cells that were located through imaging tests from outside the uterus. Then all complaining will stop and your fertility and the chance to get pregnant will increase.

IVF – In addition, IVF, in which fertilization takes place outside the body, can help. However, this treatment has its drawbacks since fertility treatments as well as pregnancies may worsen the condition and the pains.

Dietary supplements that can help women with endometriosis to conceive:

Fatty acids are known to be beneficial for treating female fertility problems. A study conducted on mice in 2012 concluded that a lifelong consumption of a diet rich in Omega 3 fatty acid could extend the fertility period of mothers of a more advanced age. The researchers found that short-term treatment using Omega 3 fatty acid can help to improve the quality of the eggs. A relatively high level of Omega 3 in the cell could contribute to an increase in the blood flow within the uterus.

An increase in the blood flow in the uterus enhances hormonal activity in the uterus, improves the fertility conditions, and increases the chances of the woman conceiving.

For example, a 2015 study examined the connection between EPA and DHA in Omega 3 and the levels of the Follicle Stimulating Hormone (FSH). When a woman is close to menopausal age, their FSH level increases. In fact, doctors often measure the level of the hormone in order to determine how close the woman is to menopause.

In the study, the researchers found that among women who have a normal weight, supplementing 4 grams of EPA/DHA reduces the FSH level. The researchers pointed out that the connection between Omega 3 and the FSH hormone is intriguing, especially because it supports the assumption that a higher consumption of Omega 3 could extend the child-bearing age.

Besides the issue of age, the Omega 3 fatty acid can help to alleviate fertility problems related to chronic infection. For example, women with high levels of Omega 3 have a lower tendency to suffer from endometriosis compared to women with low EPA levels.

Studies show that reduced levels of Vitamin D can negatively affect fertility. Vitamin D contains receptors in different organs of the body that are relevant for female fertility in the uterus and in the ovaries. Lack of the Vitamin D receptor indicates that Vitamin D deficiency creates difficulties for maturation of the egg and infertility in general.

Vitamin D also plays a part in the production of hormones. Vitamin D deficiency can contribute to infertility by interfering with the estrogen system as well as reducing the AMH hormone needed for the ovarian follicles to develop. Also, a low level of Vitamin D contributes to the formation of endometriosis and the polycystic ovary syndrome.

According to a study recently published in the Journal of Clinical Endocrinology & Metabolism, it was discovered that Vitamin D helps IVF treatment by improving the quality of the eggs, the health of the embryos, and the chances of a successful transplant of the embryos into the uterus. The researchers explain the connection between the level of Vitamin D and the rate of success of IVF treatments as the beneficial effect Vitamin D has on the endometrium, which affects the ability of the endometrium to absorb the embryos.

This supplement has anti-oxidation qualities, and can contribute to the quality of the egg. It is an important supplement because it is found naturally in mitochondria, where it helps to generate energy.

Studies conducted on animals have found that this supplement protects the mitochondria against the effects of aging.

There is evidence that alpha lipoic acid can improve fertility. For example, studies have shown that this anti-oxidant can improve egg maturation and the embryo’s chances of survival.

Alpha lipoic acid is also known to reduce infections and can be effectively taken by women with endometriosis and repeated miscarriages.

Studies show that infection is one of the main ways that endometriosis causes infertility. A new study indicates that infections also contribute to unexplained miscarriages. 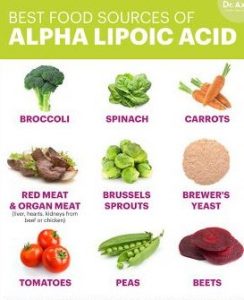 NAC is especially helpful to women with endometriosis. A study conducted recently shows that this anti-oxidant can be used to counteract the negative effect of endometriosis on the quality of the egg.

Curcumin is the main active component of turmeric. It is produced from the stalk of the root of the turmeric plant.

Studies indicate that infection is one of the main ways that endometriosis causes infertility. Curcumin is an anti-inflammatory.

Research conducted on cells taken from women suffering from endometriosis shows that curcumin can significantly reduce the level of infection.

Curcumin’s ability to fight infection has been backed up by studies conducted on other infectious diseases that have proven its positive effects.

A study conducted on women who suffer from endometriosis revealed that if they take bee propolis twice a day for 9 months, they have a 40% higher chance of getting pregnant.

Magnesium reduces infection and relieves pain and cramps because it helps to relax the muscles.

Magnesium helps to balance the fertility hormones, progesterone and estrogen. Magnesium controls the FSH (the hormone that stimulates the ovaries) because estrogen is dependent on the level of magnesium and FSH is the hormone that stimulates the ovaries. Low levels of magnesium may indicate low levels of progesterone, which could lead to a short luteal phase (the time between ovulation and the onset of menstruation) and increase the risk of a miscarriage.

For anyone suffering from premenstrual syndrome (PMS), it is highly recommended to take magnesium as a supplement. Magnesium levels fall just before menstruation starts so making sure you have enough magnesium helps you to produce serotonin and to feel better.

In addition, magnesium is a supplement that relieves stress. Magnesium deficiency causes the stress hormone, cortisol, to increase. Stress also lowers the level of magnesium in the body. When this happens, the body’s innate balance is destroyed and all the other hormones could be affected by this. Maintaining the optimal level of magnesium is one way to prevent stress from taking control of us and destroying the innate balance that is so vital for the reproductive system to function properly and be healthy.

Diet for improving the quality of the sperm