Breakthrough studies on miscarriage and infertility

in Miscarriages and stillbirths
Reading Time: 19 mins read
0
A A
0

Breakthrough studies on miscarriage and infertility

Prof. Asher Bashiri, Director of the Maternity Department C at Soroka Medical Center and his colleagues wanted to test the effect of the drug clexane on repeated miscarriages, also among women whose cause of miscarriage is unknown.

The study, conducted at Soroka, included 572 women who had suffered miscarriages. All the women were examined and it was found that the miscarriages were not due to hypercoagulability during pregnancy.

“Clexane has other properties besides preventing coagulation”, Prof. Bashiri adds. In animal models, the drug significantly improves the condition of patients with arthritis or respiratory problems due to the anti-inflammatory properties of clexane.

“Clexane is known to have a big influence on the fertilization process”, adds Prof. Bashiri. “Among other things, the medicine helps the activity of the adhesion molecules that are responsible for adhering the embryo to the uterus. We are not saying that from now on, all women in fertility treatments should request to be treated with clexane, but there is no doubt that our innovative findings provide an additional line of thought for women who undergo fertility treatments and suffer from repeated miscarriages.”

The chances that a women can prevent having repeated miscarriages have increased after British scientists announced they were able to identify the apparent cause. A study of the development of appropriate treatment will be conducted by the same team of researchers who conducted the groundbreaking study, in which it was found that a deficiency of stem cells in the uterine wall causes thousands of women to miscarry their embryos again and again.

It is estimated that one in five pregnancies ends in miscarriage, and one in a hundred women attempts to conceive after repeated miscarriages, which is defined as “the loss of three or more pregnancies in a row”.

Researchers at the University of Warwick found that stem cell deficiency is probably the cause of the accelerated aging of the uterine wall, which results in the failure of some pregnancies.

Jan Brosens, a Professor of Obstetrics & Gynecology, who headed the team, said: “We found that the uterine wall of patients who had had repeated miscarriages, which we examined, was already damaged before the pregnancy. I suppose we can fix these defects before the patient tries to get pregnant again. In fact, it’s probably the only way to prevent miscarriages in such cases”.

British researchers examined samples of uterine wall tissue donated by 183 women, who were treated at the transplant research clinic and at Warwick and Coventry University hospitals. It turned out that the number of stem cells in the uterine wall of women who lost their embryos three times in a row was less than normal.

This was found in a study conducted at the Imperial College School of Medicine in London. The authors of the report on the study stressed that men should undergo tests if their partners suffer from repeated miscarriages, and the researchers postulate that male sperm health is the cause in many cases.

Dr. Channa Jayasena, who led the study, said: “Traditionally, doctors focus their attention on women when they try to find out the causes of repeated miscarriages. Male sperm health is not usually tested.” However, the current study added even more evidence that sperm health needs to be checked because it also dictates pregnancy health. Previous research has argued that sperm plays an important role in forming the placenta, a critical factor for supplying oxygen and nutrients to the embryo.

A possible explanation: Oxygen molecules, produced in the seminal fluid cells to protect it from infection and bacteria, in high concentrations cause significant damage to the sperm cells. The researchers found that in the semen of men whose female partners suffered repeated miscarriages, the quantity of these molecules was four times larger than in the control group.

A report was published that stresses that none of the men who participated in the experiment were found to have an infection such as chlamydia “which we know may affect sperm health. However, it is possible that another bacterium from a previous infection remained in the prostate gland where the sperm is produced for a long time, and this condition that can lead to a constant high level of oxidation reaction”.

In addition, obesity can cause problems with fertility. High levels of fat in the body can lead to an oxidation reaction.

The study also found that the men whose female partners had suffered repeated miscarriages were older than those in the control group, with an average age of 37 versus 30, and that they were also overweight to a certain degree. 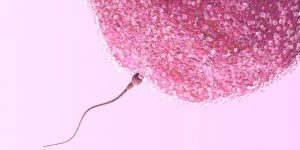 A new study, conducted in collaboration between British and Dutch scientists, addressed a phenomenon called “super fertility”, which could explain why some women experience repeated miscarriages. According to the study, some women’s fertility is so high that their uterus implants embryos very easily, even embryos that have a low viability and are usually rejected. As a result, many pregnancies ultimately end in failure.

Doctors from the Princess Anne Hospital in Southampton and Utrecht University Medical Center sampled basal cell tissue from the endometrium from six women with “normal” fertility and six women who had had repeated miscarriages. The researchers revealed two surfaces, one with uterine tissue for fertilized eggs of good quality and the other for fertilized eggs of poor quality.

The endometrial cells of women with “normal” fertility begin to develop in the outer layer of cells surrounding the fertilized eggs of good quality, while the defective eggs are abandoned. In contrast, samples of cells from the endometrium of women who have had a miscarriage tend to develop into both types of eggs, indiscriminately.

“Many women who have repeated miscarriages feel guilty about their condition, and believe that they themselves are rejecting the pregnancy”, explains Professor Nicholas Macklon, a medical consultant at Princess Anne Hospital. “But we have discovered that the cause may be related to the fact that these women are “super fertile” and that embryos that have no chance of developing also implant into their uterus.” 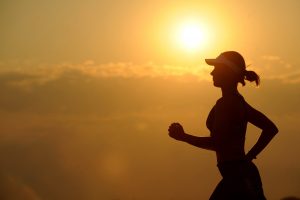 The quality of the eggs and the ovarian reserve