Genetic diagnosis before transferring the embryos to the uterus

in IVF, Miscarriages and stillbirths
Reading Time: 12 mins read
0
A A
0

The preimplantation genetic diagnosis method is based on genetic testing of in vitro embryos, and examines the genetic load of the embryos before transferring them back to the uterus.

PGD and PGS are two types of genetic screening technologies that require IVF, but they are very different in how and why they are used.

PGD (Preimplantation Genetic Diagnosis) – A genetic diagnosis that is done before implantation, where the key word here is ‘diagnosis’. This method is suitable for parents who carry genetic diseases and don’t want to pass them on to the embryo. The advantage of the method is that the diagnosis is made at the earliest stage of the embryo before it is transferred back to the uterus, so the situation is avoided where the disease is detected in the embryo in a later week, such as after amniocentesis, and this prevents having to terminate the pregnancy at an advanced stage, with all the associated problems and difficulties.

PGS (Preimplantation Genetic Screening) – Genetic screening that is done before the implementation stage looks at the overall chromosomal composition of the embryo and does not look for specific genes and, this way, only genetically normal embryos that have a higher chance of survival can be transferred.

For example, Down syndrome could occur when there is an additional chromosome 21. PGS can detect this before the embryo is transferred to the uterus. In some cases, PGS can identify the gender of the embryo.

Who is the PGD method meant for?

The PGD method is used when one or both parents are carriers or patients with a genetic disease and the cause of the disease is known.

It’s important to emphasize that a necessary condition for performing the test is an awareness of the defect or the genetic change that caused the disease.

In all these cases, preimplantation genetic diagnosis has a big advantage, since testing the embryo allows only normal embryos to be returned to the uterus, thus avoiding the need to terminate the pregnancy at a later stage if it turns out to be sick.

This technique is also sometimes used to choose the sex of the embryo.

The reason for performing PGS

The main reason for the lack of embryo implantation in IVF stems from chromosomal disorders. On average, more than 50% of embryos are genetically abnormal. As a woman’s age increases, so does her genetic abnormality rate.

This is also the main reason for miscarriages and for the decrease in the likelihood that a  treatment will succeed as the maternal age increases.

Chromosomal disorders also cause abnormal pregnancies and the birth of a child who is not well, as in the case of Down syndrome and other genetic syndromes.

It’s clear from this that a method that can diagnose the condition of the embryo’s chromosomes can increase the likelihood of successful embryo implantation, significantly reduce the possibility of a miscarriage, and increase the chance of giving birth to a healthy child. 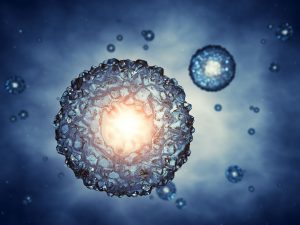 Who is the PGS method meant for?

The PGS method can be used by any couple undergoing IVF treatment and who would like to increase their chances of success, but it’s important to know that the effectiveness of the method has not been proven though couples with a previous pregnancy in which there was a chromosomal disorder, older women, couples with recurrent IVF failures, and couples with repeated miscarriages may still benefit from the method.

With the help of PGS, we can identify the cause of repeated pregnancy loss or unsuccessful fertility cycles, select the best embryos before transplantation, and increase the success rate of IVF.

This test is not a substitute for amniocentesis because it does not completely rule out the possibility of a genetic problem in the embryo. This is because the cells are taken from the embryo at an early stage and do not always reflect the genetic condition of all the cells of the developing embryo; therefore, it’s necessary to perform a placental abruption test or amniocentesis at a later stage to verify the results.

One of the risks involved in this method is damaging the embryo when taking the sample. In most cases today, the sampling is performed on a 5-day old embryo, and it has been found that the risk of sampling several cells on this day is low, and the method is considered safe today.

The genetic diagnosis of pre-implantation embryos currently allows for an accurate diagnosis of the embryo for two main purposes. Firstly, the method allows diagnosing embryos that are sick for couples who have a genetic disease and do not want to pass the disease on to their children. The second purpose is to examine the embryos in order to find embryos with normal chromosomes, thereby increasing the chance of having a healthy child and lowering the risk of having a miscarriage.

How can the quality of sperm be improved?