in Miscarriages and stillbirths
Reading Time: 20 mins read
0
A A
0

Dedicated to the memory of my daughter.

“Two days ago, in week 29, you were born. You were so beautiful, tiny but stunning. Then the situation got worse fast. You had no lungs. You had brain hemorrhages.

I came to look at you through the incubator, through the tubes connected to you all over your body to make you strong. To give you all the strength I had. But nothing helped.

Yesterday you took your last breath. Your body had already turned brown.

Tomorrow, my beautiful, you’ll be buried and I want you to know that I love you. I’ll always remember you and will always love you. You’re my little hero.

It’s such a pity that I won’t get to know you.”

Stillbirth is the birth of a lifeless embryo anytime from the twentieth week of pregnancy.

For someone who has experienced stillbirth, this site tries to describe your experiences in light of current knowledge. One of the reasons I don’t like to explain or talk about the difficult experiences I’ve been through is that anyone who has been through it does not need an explanation. And others will not understand how we felt at the time or how we feel now.

Premature birth (which is usually caused by complications with the pregnancy), a pregnancy that lasts more than 42 weeks, a pregnancy with more than one embryo, and an accident or injury during pregnancy.

Pregnancy and childbirth complications are the more common causes of stillbirth if childbirth occurs before the 24th week.

If the umbilical cord gets tangled or is crushed, the baby doesn’t get enough oxygen.

These types of problems more commonly occur in the later stages of pregnancy.

The placenta supplies oxygen and nourishment to the embryo, so any disruption of this supply puts the embryo at risk.

Problems with the placenta are attributed to almost a quarter of all stillbirths, and they include poor blood flow, inflammation, and infection.

Another problematic condition is called “placental abruption”, and it occurs when the placenta separates from the wall of the uterus before the birth.

One in ten stillbirths are attributed to congenital defects, including intrauterine growth restriction, genetic conditions, neonatal disease (an immune disease that attacks infants), and structural defects.

Genetic defects already exist at the time of conception while others are formed from environmental factors, which are not always obvious.

An infection in the mother, the baby, or the placenta can lead to a stillbirth, and is a more common cause of stillbirth before the 24th week. Among the infections that can develop and put the embryo in danger are cytomegalovirus (CMV), the “fifth disease”, genital herpes, listeria, syphilis, and toxoplasmosis.

In addition, smoking cigarettes, marijuana, prescription painkillers, or other drugs taken during pregnancy can greatly increase the chance of stillbirth.

Stillbirths for which no explanation has been found tend to occur in the more advanced stages of pregnancy.

Signs of a stillbirth don’t always appear but, if there are any, they are usually cramps, pain, or bleeding from the vagina.

Another sign is that the baby stops moving in the uterus.

An ultrasound can be used to check if the embryo’s heartbeat has stopped.

To determine the cause of a stillbirth, after the birth, the doctor can do a physical examination of the baby, the umbilical cord, and the placenta, and even perform a post-mortem.

After giving birth, the hormones that produce milk are activated. It’s recommended to ask the doctor for medication to stop milk production.

After the birth of a stillborn embryo, some mothers want to see the embryo, spend some time with it, and even photograph it. And there are mothers who prefer to not see the dead baby at all so that they don’t have to carry this difficult image with them for the rest of their lives.

After a stillbirth, you can definitely have another, successful pregnancy, and give birth to a healthy baby. Although a person who has had a stillbirth is at a higher risk of complications during the pregnancy, only 3% will experience another stillbirth.

And it’s also possible to make the decision not to get pregnant again. It’s important to understand that many causes of stillbirth cannot be controlled, so it cannot be completely prevented. 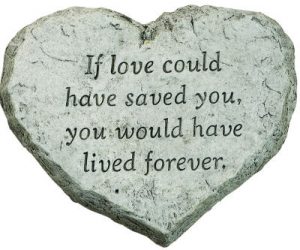 Having to go through a stillbirth, experiencing the birth of a child born dead is a life-changing event. This experience can be devastating and has psychological, physical, and social implications, with lasting effects on interpersonal relationships and children born later. However, parents who experience the tragedy of a dead embryo can develop mental resilience, abilities, and new life skills.

It’s important to refer to a child clinical study conducted by the Department of Psychology at Bar Ilan University, on the subject of the psychological symptoms a woman who has experienced a stillbirth (the birth of a dead embryo) has to contend with.

According to a study published in the Haaretz newspaper in February 2017, it was revealed that more than a third of women who lost an embryo in the advanced stage of pregnancy (week 20 and above) suffered from post-traumatic stress disorder.

34% of the women in the sample reported symptoms of depression defined in professional language as “moderate to severe”, and another significant percentage of women experienced varying degrees of partial post-trauma.

The study also found that a high percentage of the women in the study suffered from a combination of depression and PTSD (post-trauma), and that this figure was about twice as high as their partners.

The study confirmed the existence of post-traumatic symptoms, such as disturbing thoughts, nightmares, and feelings of guilt and self-blame following the loss of a pregnancy, for a dream that turned into a nightmare.

When examining the effect of post-trauma on the delicate fabric of being in an intimate relationship, it’s clear that it does have an effect on it and does influence it. On the one hand, the better the relationship, the lower the mental anguish, and vice versa. On the other hand, among some women who suffered from a combination of depression and post-trauma, the partner’s support only intensified these symptoms.

And yet, these women receive almost no support at all. On the contrary, they are expected to go back to their previous lives as if nothing had happened. And it must be understood that this is trauma in every sense, and that these women experience post-trauma that usually goes untreated.

In a very important article written by the psychologist Meirav Zilberstein and published in April 2017 in the journal Psychoactualia, Meirav referred to the fact that stillbirth is an experience that is kept under wraps. In the article, she discusses the way that bereaving parents deal with the abyssal gap between the urge to acknowledge the reality of the baby, the loss, the pain, and the intense need to establish the baby’s humanity, and the pressure from all the support systems to forget, to be silent. Putting the event and the loss behind you also marks the end of the embryo’s humanity and leads to a sense of loneliness and being socially alienated, which only intensifies the bereavement and the feeling of being different, abnormal, and being criticized by those around us (Koopmans et al., 2013).

Many studies found a higher incidence of health and psychological complications in women after stillbirth, such as a higher incidence of post-trauma symptoms, anxiety, depression, and feelings of bereavement that continued even after 5 to 18 years, compared to the “normal” mourning process that lasts about a year (Koopmans et al., 2009; Slade et al., 2013).

There is a significant shortage of support programs, information leaflets, support groups, and public awareness of the subject.

It looks like it is possible to maintain the status quo of stillbirth because of the parents’ silence in the face of the lack of support and the medical staff’s behavior. Many times, this silence stems from the crippling pain of having to deal with the past and the inability and absence of mental and physical strength to battle it out. It’s also possible that the silence is an expression of internalization of social pressure to move forward and forget.

In the last year, the struggle to gain acknowledgement of the bereavement of parents following stillbirth has increased, with the emphasis placed on burial rights and attempts to raise awareness, acceptance, and recognition of the parents’ grief. These struggles stress the intense need to seek and give meaning to a world that has no meaning after the loss of a baby, even more in the face of the unaccepting social attitude. It’s recommended that you read the other articles on miscarriage and stillbirth.

The significant lack of availability of aid programs and support groups for the bereaved is on the increase. The parents’ cry for help reinforces the need and the extreme importance of developing suitable professional intervention programs and of promoting awareness and information regarding the many factors involved in this inconceivable process.

Stillbirth involves experiencing a considerable loss that you need time to recover from psychologically and to mourn.

If there’s a lot of difficulty coping, psychological treatment can help to manage the grief and loss.

The symptoms of postpartum depression that require consulting a doctor are daily bouts of depression, loss of interest in life, lack of appetite, the inability to fall sleep, and difficulties with your partner. 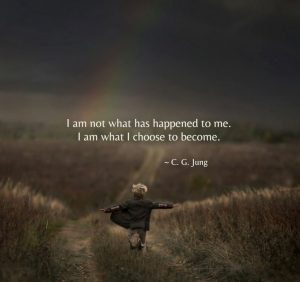