in Miscarriages and stillbirths
Reading Time: 27 mins read
0
A A
0

Vitex agnus castus is a medicinal herb. The fruits of the plant produce extracts that help cure hormonal diseases. Research has revealed that vitex agnus castus is effective in helping cases of infertility among women as well as among men. It also helps to relieve the symptoms of premenstrual syndrome (PMS). The components of the plant are known in the medicine world to help women with progesterone balance problems.

This supplement has antioxidant properties and can contribute to the quality of the egg.  It is also important because it can be found naturally in mitochondria, where it helps to manufacture energy.

Animal studies have found that this supplement protects the mitochondria from the effects of aging.

When someone takes alpha lipoic acid, their general level of antioxidants in their blood increases significantly and there is an increase in the activity of antioxidant enzymes.

There is proof that this supplement boosts fertility, for example, studies have found that this antioxidant can improve egg maturation and viability of the embryo.

A study showed that a group of women with repeated and unexplained miscarriages received 600 mg per day with folic acid and their pregnancy results were compared with women who took only folic acid. The combination of N-acetyl-cysteine (NAC) with folic acid was linked to a very dramatic change: a sharp decrease in the rate of miscarriage.

Folate is the natural form of vitamin B9 while folic acid is its synthetic form. Vitamin B9 is an essential component of a human being’s diet. Human beings are not able to manufacture it by themselves and so they must get it from their diet.

Folate is vital for the proper growth and functioning of all the cells in the body, for producing DNA, for correcting the DNA, for creating amino acids, and for preventing anemia. In addition, a folate deficiency will manifest itself in a decrease of the cells of the immune system (the white cell count) and the level of platelets (the blood cells that are responsible for blood clotting).

Only about 50% of folate in natural food is absorbed, and a significant percentage of the folate that can be found in beans and lentils, leafy vegetables, and the other sources of folate in the diet are lost during cooking and in food processing.

As mentioned, vitamin B9 plays a central role in creating hereditary material in the cells (the DNA) and, for this reason, this component plays an enormously important role in the process of cell division and the normal development of the embryo. Low levels of folate in the first months of pregnancy are connected to the formation of abnormalities in the embryo’s neural canal, which will manifest as abnormal development of the brain and the spinal cord, and will lead to conditions, such as insufficient development of the brain tissue (which will end in the death of the embryo) and other defects that cause severe disability.

Taking the folate supplement before becoming pregnant and during the pregnancy will prevent a deficiency of vitamin B9 and significantly reduce the risk of the formation of abnormalities in the embryo’s nervous system. Additionally, it’s important to know that folate deficiency in pregnant women is linked to arrested development of the embryo, to giving birth to babies with a low weight, and to premature births. 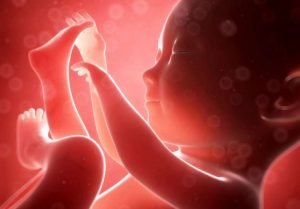 Studies show that low levels of vitamin D can adversely affect fertility. Vitamin D has receptors in the various organs of the body that are relevant to a woman’s fertility in the uterus and ovaries. A deficiency of the receptor to vitamin D has shown that vitamin D deficiency creates difficulties with egg maturation and general infertility.

Vitamin D also plays a role in the production of hormones. Vitamin D deficiency can contribute to infertility by disrupting the estrogen system and also lowering the AMH hormone associated with ovarian follicle growth. In addition, a low level of vitamin D contributes to the formation of endometriosis and the polycystic ovary syndrome.

According to a recent study published in the Journal of Clinical Endocrinology & Metabolism, it was discovered that vitamin D aids IVF treatments by improving the quality of the eggs, the health of the embryos, and the likelihood of embryonic implantation in the uterus. The researchers explain the link between vitamin D levels and success rates of IVF treatments in that vitamin D has a beneficial effect on the endometrium, which affects the likelihood of embryo implantation in the endometrium.

Vitamin E is a powerful antioxidant. Studies show that it protects the ovary membrane from being damaged by free radicals and that it is beneficial when dealing with fertility problems. Vitamin E also acts as a blood thinner and therefore facilitates blood flow to the uterus and ovaries. Studies have also shown that it contributes to thickening of the endometrium.

According to a study in which the vitamin E supplement was given to women with implantation problems for 12 weeks, there was a positive increase in the thickness of the endometrium. A 2010 study showed that vitamin E and/or L-arginine can also help to thicken the endometrium of a woman who has a thin endometrium. The researchers wanted to see if these supplements could increase blood flow in the uterus.

To conclude, vitamin E protects cell membranes and prevents their aging, and also slows down aging of the eggs. In addition, vitamin E also helps to achieve a hormonal balance, especially in case of fertility problems.

Vitamin E also helps the blood to reach the uterus. Implantation of the embryo in the uterus and its normal development depend largely on blood flow to the area. The blood carries hormones essential for the implantation and for taking care of the fertilized egg in the uterus and, at later stages, it brings nutrients and oxygen to the embryo. Moreover, normal blood flow affects normal ovulation. Vitamin E helps with flexibility and dilation of the blood vessels, and makes sure that there is an adequate blood flow to the female uterus and reproductive organs.

It can be found in various vegetable oils, as well as in nuts and seeds, avocados, and more. Because of the complexity of its absorption by the body, it is recommended for women of childbearing age and women who are fertility challenged to consume vitamin E regularly in the form of pills, gel capsules, or powder, thus significantly raising the level of the vitamin in the body.

Increased blood flow in the uterus can improve uterine hormonal activity, improve fertility conditions, and increase the chances of the woman conceiving.

For example, a study conducted in 2015 examined the connection between EPA and DHA in omega 3 and the levels of the follicle-stimulating hormone (FSH). As women approach menopause, their FSH levels rise. In fact, doctors often measure this hormone to determine how close the woman is to menopause.

Besides the issue of age, omega 3 fatty acids can help to reduce fertility problems associated with chronic inflammation, for example, women with high levels of omega 3 are less likely to suffer from endometriosis compared to women with low EPA levels.

In relation to the above, it’s also recommended to read about the most important supplement, Q10 coenzyme/ubiqinol as well to add hormones that prevent miscarriage.

Note that, to get any effect from any supplement, it must be taken for at least 3-4 months.

To remove any doubt, the contents of this article are intended to serve as a general overview only, and the information in it does not relate to a product nor is it intended to provide guidance, it does not comprise a certified medical recommendation, and it is not intended to instruct the public or to be used by it as advice, instruction, or a recommendation for the use, modification, or stopping use of any medication, and does not comprise a substitute for personal or other medical advice. Pregnant women, lactating women, children, and anyone taking prescription drugs must consult a doctor before using dietary supplements.